How We Help BMW’s “Think” Better 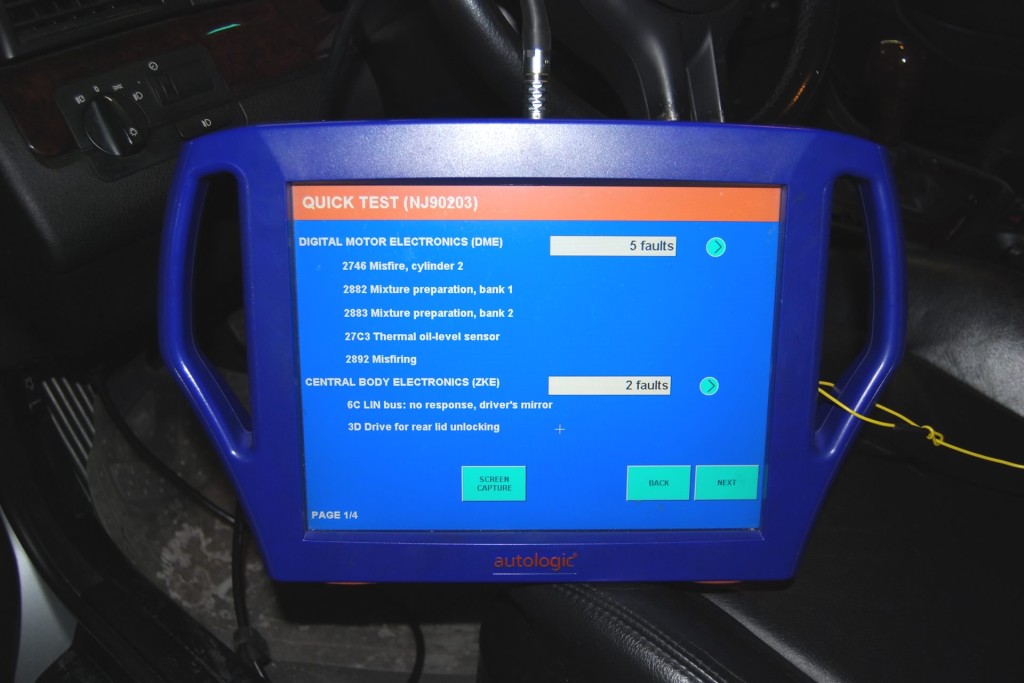 For our 2nd official blog post at the new Einstein’s Auto Repair website, we’d like to talk about something people think about pretty often: how to think faster and more clearly on your feet. But we’re not talking about people here, we’re talking about BMW’s. So, how do we help BMW’s “think” better on their feet (well… their wheels)?

First we need to understand how BMW’s think. From the moment you start your engine and put it in drive to the moment you come to a stop and park, millions of calculations are performed every second. That means if you’re driving at 60 MPH and your wheels are rotating 12 times per second, hundreds of thousands of calculations are being performed every time your wheels rotate. In fact, according to BMW, some of their higher end sports vehicles are capable of calculations as high as 200 million operations per second — that’s 16 million operations for each wheel rotation at 60 MPH. These operations include the oversight of electronic functions such as throttles, ignition, fuel injection, lubrication, dialog with the gearbox, and much more. It’s hard to comprehend millions operations taking place every second, but these operations work together seamlessly to play a major role in what gives BMW’s the combination of exhilarating performance, knife-edge handling and superior comfort they are known for.

So, let’s dig a little deeper into how BMW’s think so we can better understand how we help them think better. Under the hood, BMW’s are built with a network of embedded systems that control one or more electrical systems or subsystems. These embedded systems are called control units. Each control unit acts as an electronic brain and manages dozens of functions, including cruise control, climate control, traction control, power steering, and entertainment systems. There are as many as 55 to 60 control units in a BMW, and each control unit is powered by sophisticated software that not only tracks error codes and faults as they occur, but can also receive updates, similar to how a computer or a smartphone can receive updates. So, in other words, the software that powers these control units is what determines how a BMW thinks. And when any one of these control units are reprogrammed and updated with the very latest BMW software, the result is a BMW that thinks better. So, how do we reprogram and update a BMW? Glad you asked.

Autologic is the only aftermarket tool and fully-featured diagnostics device to offer OEM-level functionality. When we use the Autologic to update software in a BMW, the programming is done using the very latest, minute-by-minute, BMW updates. The request is uploaded and downloaded all at the same time while the vehicle is sitting in the bay. There is no latent or dated programming information going into the vehicle because it’s happening live. This is an interactive programming situation. At the moment of programming, the Autologic is updated to the latest & greatest BMW software, BMW coding & information programming software and operational software. That information is contained on remote servers that is downloaded into the machine and then into the car at the time of the programming. Once the machine is fully updated, the car is updated. So, whatever information is downloaded into the car is the very latest, at that very minute. It’s the best there is. The result is a BMW that is more optimized and better equipped to prevent any running or operating issues within the vehicle. Ultimately, the result is a BMW that thinks better.

Thanks for reading and remember, when you need to have your BMW repaired or serviced, there is only one auto repair center you can trust—Einstein’s Auto Repair.